Cinnamon was a regular ingredient in weekly pastries in my original coffeehouse. I’m looking forward to the opportunity to explore it’s delights in the future.

Despite the fact that he likes 90%+ of what I cook, the hubby always rolls his eyes at the quantity and array of seasonings that I use when I cook.

Especially when it comes to cinnamon. I adore using it in almost everything – steel cut oats, sweet potatoes, sautéed greens, thai dishes, smoothies, fruit & yogurt parfaits, eggs…(okay, kidding on that one).

And as the defining spice of the Christmas season, there are more reasons than justtaste and holiday tradition to use enormous quantities of it.

Check out 7 surprising reasons to use more cinnamon for better health!

Get this – studies show that cinnamon can improve blood sugar, triglycerides, and LDL cholesterol, all markers of metabolic disease. This study specifically shows that three separate groups taking 1, 3, or 6 g of cinnamon each day ALL had lower levels of these markers after…

OBOE – REED – SOLO. Yes, those are four letter words. SWAN – DUCK – BIRD — they are too. So what’s so FOUL about 4 letter words. Those last words were simply FOWL.

For years when my oboe students voiced concern and discontent about the troubles they had with reeds, I would remark that OBOE was one of the few four-letter words they could speak openly and NOT get in trouble. Then I’d move on to REED. Then SOLO. Students would need a moment to ponder my comments, and then snickered with the flash of insight to the coincidence of their troubled feeling as countered with their LOVE for the same unique instrument. 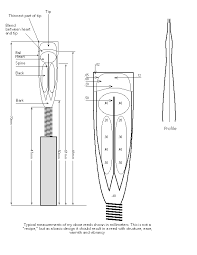 I find that writing my blog has allowed me a way to be FREE with words.  At least I hope I don’t end up in jail for something I write here especially after breaking free from a “domestic” prison last year . . .

A month ago I was chatting online with a young gentleman (Daniel) who frequented the studio and coffeehouse that I owned and operated up until November 2011.   He works 2nd shift — as I do.  We had a “heart to heart” discussion about the difficulty in finding people who are capable of less than shallow conversation and behaviors.  Even at his young age of 24, he had an insight about how a building is nothing without the person or people who existed there.  He reminded me that the home/business I had to evacuate a year earlier was just a building, a shell with no soul.  The life created, the joy projected, the creativity encouraged, were GONE when I left.

Replacing ME with a photography studio was a bizarre way for an abusive spouse to gain power and control.  Was control more important than stealing my earned income?

I was given a small green notebook entitled GRATITUDE by the couple that gave me a room the first night I evacuated my home.   It took several months till I felt like making note of anything. The words finally came.   After I listed the freedom from abuse, my precious cat Carmel was next on the list of entries.

After chatting with Daniel, I began a list of all the FOUR letter words that popped into my head – most were POSITIVE.    Here are some of the words:

It puzzled me for some time why boats throughout history were given names.  Roads are named.  Businesses have names.  I taught a private student who named her oboe.   I have often been asked if I named my instrument.  I don’t name my oboe because without me it has no life of it’s own.  I give the instrument life through my breath.  We are not separate. My oboe and I exist as one.  We are ME.

Then there are cars.  The first car I ever named was a 1984 Chrysler Laser.  The name was “Alfred” (Alf).  A computer system inside the vehicle commented about his condition and informed me  “Your headlamps are on”, “Your door is ajar”, and other sayings that resembled a British butler. Alfred was given to, and subsequently wrecked by “your mother-in-law.”  (See older post… No Grasp of Grief)

Sample of a Chrysler Laser XE

My next vehicle was a 1986 cherry red 2.2-liter, turbo, T-top, hatchback, 2 door, Shelby Z Daytona.   I didn’t name her. My art students from my public school teaching position did.   They named her “Lauren.”   I drove “Lauren” from 1992 – 2005. She was stored in a garage till she needed to be brought back to life Summer 2011.  Lauren needed new tires.  Her passenger side window didn’t open/close properly. The cruise control was broken. The trunk wouldn’t stay up without a prop. Rubber seals were brittle.  A new battery was required. Sometimes the smell of fuel required me to hang my head out the window to breath while driving.

But “Lauren” was mine. I earned the money from teaching and two part-time jobs. I paid for her.  She was purchased before an abusive spouse slowly conned his way into my life, surreptitiously robbed me of my earnings then destroyed my 30-year self-made career.  I had emotional attachments to Lauren, but she had to go for some of the same reasons – mental reminders. One of the last mental pictures was a cynical sneer from the abuser as I drove past in the broken down car (he in a 2004 Crossfire – not YET paid off!)

I wanted a small hatchback that was “fun.” There it was – a Mini Cooper S in my price range and in my preferred color for my “new” car.  Soon after I acquired my Mini, people asked if I named it. A personality must have been emitting from my mechanical, electronic machine so I started brainstorming names. I have Spanish language CDs queued each time I start the engine so I new she was learning Spanish along with me. But instead of “Maria”, I wanted a name that resembled an Oreo cookie with a vanilla wafer, cookies ‘n cream or something relating to a musician in concert attire.   I finally settled on a simple, descriptive name. “’Nilla”  is my 2004 Mini Cooper’s name.

Send a note and let me know if you have a car, instrument, boat, chair, hairbrush, coat – or any non-living thing that you named.

The journey of loss in life is universal — spinning like a Ferris wheel.  Sometimes you get stuck at the top!   My grief began with a terminally ill relationship and ended in the loss of my 30 year career.  A friend told me to “pull the plug”.  I did. The funeral was this winter.   I was alone at the funeral.

I haven’t been writing much about grief lately. It’s been thirty-two months — 977 days — since my life mate/soul mate died. In that time, many others have suffered grievous losses, and to continue mentioning my grief seems like all I’m doing is whining. Still, this is my loss, and what other people experience, no matter how horrific, doesn’t lessen my sorrow. I don’t have the same sort of raw pain that I did at the beginning, of course, nor do I have the gut-wrenching angst that so often bedeviled me during those first months, but I do experience bouts of sadness and yearning.

My emotions are on a slow Ferris wheel ride, usually sliding down into sadness on Saturdays, the day he died — a day that apparently is etched in my very psyche — and then a gradual climb to hope and possibility on Monday and Tuesday.